An article by our WISH member Anne Schadde.

Anne is also the opening speaker at this year's ONE WISH 2022 online conference, which will be held May 6-10, 2022. Her presentation is titled "Light and Darkness". An introduction to the magical world of mushrooms. Early bird and social tickets for this special event are available till 10th of April 2022.

For several years now, threatening crises have been making their way into our consciousness, and now a war in Europe that shows us the vulnerability of our democracy.

It often helps me to observe the world - as it is - from a distance, to dare to step into the wind still eye of a storm. That means: to remain in the observation without getting into the storms. This is what I would like to try with my contribution today.

What is the theme of the "Concert of Crises" for the last two years?

It is the theme of FEAR!

All crises cause us fear, that is in the nature of things, because they threaten the existence and the confidence in a good future is shaken. The fear of losing the future arises.

First it was the FEAR of a Corona infection. There was something that was completely new to us humans, a virus that we could not control. It was created underground and had the effect of "death and destruction", which everyone was afraid of.

The government, out of its obligation, tried to protect us from the danger of infection with the virus with many measures: "Stay indoors, don't get infected." "We don't want to have so many deaths." "We need to keep the health care system from being overburdened." Those were the statements. And since many people felt these measures were encroaching, another FEAR arose, the fear of restriction and deprivation of freedom, from which a great militant resistance arose and society divided.

The next FEAR began with the advent of mRNA vaccination. Even people who in previous years immediately embraced various vaccinations, especially when they wanted to visit a foreign country on vacation, suddenly found themselves in a vaccination stress. Here it was the FEAR of the new, the new development of a vaccine, the unknown. This FEAR spread, combined with a great distrust of science representatives.

It became dramatic, because it was about LIES versus TRUTH, our western society started to discredit each other. This was sad, because in times of crisis we are especially dependent on each other. The rage-filled people in the demonstrations also fueled the FEAR of increasing violence.

As we can see, FEAR and MISTRUST are forces that cause division, that can cause violence and separate people from each other. They create powerlessness, which in turn creates power. The power to enforce one's own will, in the belief that then fear might disappear. The opposite is the case, fear divides and creates despair. Because - as we know - fear can create exactly what one is most afraid of. The power of thought is co-creator of our world. The belief that fear could protect us from what we are afraid of is therefore probably a mistake.

This WAR now mirrors us exactly this conflict, it is again about lies versus truth and the fear becomes life threatening. The devastating situation in Ukraine, the sight of death and destruction rather show us the nullity of our corona/government/vaccination fears and demonstrations in our democratic free country. Courageous people in Ukraine show that tremendous forces can be mobilized once freedom is really threatened. After all, Goethe wrote in Faust the dramatic sentences that are now coming true: "Only he earns freedom like life who must conquer it daily." We have great respect for the commitment of people whose freedom is really at stake.

According to my attitude towards life, FEAR with power and powerlessness is opposed by the forces of TRUST and HOPE. The nature of man is designed for hope. Hope means the possibility of being able to project positive things into the future. It is indispensable and keeps us upright.

At such times, I always try to consult this incredible novel cycle Harry Potter. Here, too, it is about the struggle of the "dark" forces against the "light" ones. We know that the dark force, called "Voldemort," must destroy itself. This will always happen, that gives me an inner CONFIDENCE, but how many light beings (humans are light beings) will be dragged into this death with them? The author of Harry Potter clarifies the two power effects, on the one hand the "rope team" (hidden relations) of the dark forces, with a destructive leader at the top, and on the other hand the "friendship" of the courageous young people around Harry Potter, who support and stand by each other.

But let's not forget: darkness is only the absence of light. Since the beginning of life, it is about the struggle between light and shadow. As I already described in my video "How to recognize the light in the corona crisis": the light is always present and always working. If it is dark outside and light in the room - I have to open the door so that light comes into the darkness and vice versa.

What can we do now? What does it mean now to open the door to let light into the room?

What could overcome the division?

In the eye of the storm, you are in the middle of the two poles. "The middle feels light." said Bert Hellinger.

Where is the center of life? How do we reach the freedom of the center?

The "center" is the connection: the heart of the world! Just as also in us the heart lies in the middle of our body. It represents the connection of above and below. So in our hearts lies the confidence in the union of the forces. Freedom cannot be given from the outside, it is inside, it lies in our hearts.

Could the unity of Europe in feelings and activities influence the world? Can we all contribute to it?

This image came to me via social media. It reminded me of "rope team" and "friendship" and a narrative: 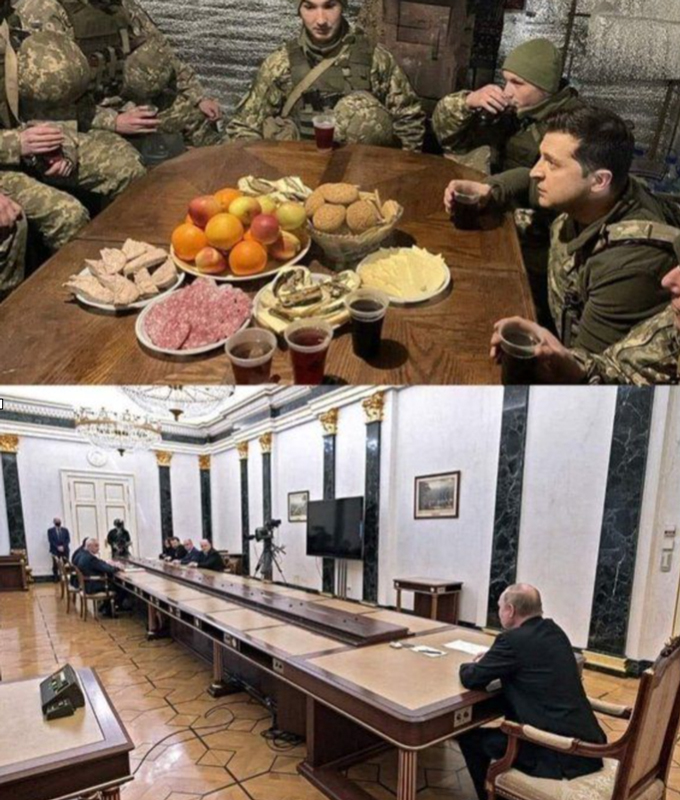 What is the difference between heaven and hell? In heaven and hell, people sit at large tables laden with the most delicious food. But all people in both heaven and hell have long spoons tied to their arms so that the arm cannot be bent. Wie gehen die Menschen damit um? In der Hölle versuchen sie verzweifelt und ohne Erfolg, den Löffel in den Mund zu führen. Im Himmel füttern sie sich gegenseitig. How do people deal with this? In hell, they try desperately and without success to put the spoon in their mouths. In heaven, they feed each other.

An impetus for us humans to approach each other anew?

"The darkest hour is just before dawn", this metaphor accompanies me these days. Transferred to the current quality of time, it gives me hope for the future